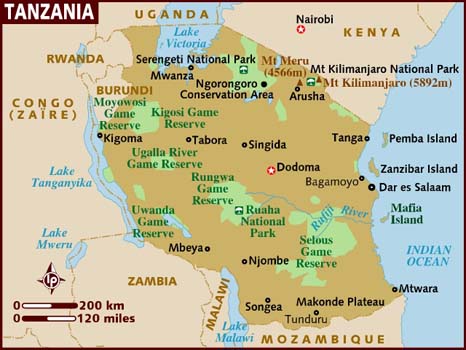 Tanzania is located in East Africa and is home to more than 120 different tribes, as well as some of the world's most famous national parks including the Serengeti, Lake Manyara, Gombe Stream, Tarangire, Ruaha. Also located in Tanzania are the Selous and Rungwa National Reservers, the Olduvai Gorge, Ngorongoro Crater Conservation Area and Zanzibar. Tanzania, a former German colony and British protectorate, obtained its independence and became a democracy in 1961. Kiswahili and English are the two official languages of Tanzania.